How the Pacers differ from Barbarian Tribes in Germania 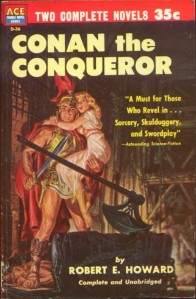 A friend, on the eve of a religious Retreat, once shared a moving philosophical exchange from a surprising movie source. The movie was based on the work of Robert E. Howard, a pioneer in the field of pulp fiction:

Mongol General: Hao! Dai ye! We won again! This is good, but what is best in life?

Mongol: The open steppe, fleet horse, falcons at your wrist, and the wind in your hair.

Mongol General: Wrong! Conan! What is best in life?

Conan: To crush your enemies, see them driven before you, and to hear the lamentation of their women.

Last night, as I obsessively refreshed my NBA related twitter feeds following the Miami Heat’s emasculation of the Indianapolis Pacers, I thought of that quote as the aforementioned lamentations were chronicled.

Among Pacer players, credit David West for the most bottom-line candor: "We can't beat them. They've got a gear that we can't get to."

I'll frame it, hang it in the Hall of Champions in the Zaslow Mansion RT @StuntinSteve_: look at the puss on the face http://t.co/7AbFDm09eJ

Then I found myself experiencing unusual feelings. The Heat’s victory was so complete, I was actually feeling something akin to pity. Perhaps I should look for something positive in the result for Pacer Nation I thought. It was then that I was reminded of C.S. Lewis’s admonition, “anyone who wishes to remain a sound atheist cannot be too careful in their reading.” Had wallowing in Pacer self-flagellation affected my fandom? Was their lack of heart spreading, like some virus gone airborne?

Fortunately, I immediately recalled a scene from Gladiator which returned me to a proper fanhood state of mind and eliminated any traces of human sympathy I had momentarily lapsed into:

[In the distant, the cries of the barbarians can be heard – “ihr seid hunde” (you are dogs!). A horse rides towards them with a headless horseman on its back….]

MAXIMUS: They say no.

[The white and bloodied horse rides within the ranks of the men. A barbarian comes to the forefront of the German lines, waving the horseman’s head, tossing it into the mud….]

[As the barbarian calls out his cry, his mangy band of barbarians emerge from the forest, shaking and waving their spears and shields, ready to fight.]

MAXIMUS: Would you, Quintus? Would I?

[Maximus bends down and picks up a handful of dirt, bringing it to his nose to smell. He looks to the side and sees his WOLF OF ROME eagerly watching him. They steady their gaze as though communicating with each other. Maximus rises and mounts his horse, turning to Quintus and Valerius.]

Dear Pacer Nation, aka verfluchte hunde, I applaud your ability to realize when you are conquered. Alas, strength and honour are not promised to all.