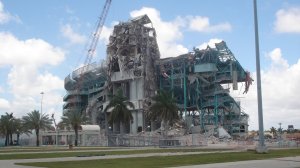 The good news is that another stadium is going up in its place. Fitting usage of sacred grounds.

If this looks like just another building being torn down to you. It probably means you weren’t there for any of the following: