Unlike Cain and Abel

I visited my father Adolfo’s gravesite on Fathers Day with his grown grandkids whom he never met. Our next stop was to visit his 92-year-old younger brother and my dear uncle, Ramiro, who is in a Hialeah rehabilitation facility. He is not well and speaks in a whisper, but thankfully is coherent. It’s emotional to see him now, more so on the occasion.

We parked ourselves in front of a large screen TV and hijacked the remote control, exchanging an infomercial for the Spanish language telecast of the World Cup. The announcers persistent excitement highlighted the stillness on our end, as other patients and staff look on unaffected.

As we all sat I commit the most forgivable of conversational transgressions, the lazy “como estas?” What is the man supposed to say? Up until that moment, I could have scripted the visit without having been there. The quiet, the underlying sadness of the facility and my consciously subdued emotions towards a loved one who has been a source of constant goodness throughout my life. Not to mention my hopes that the visit be seared into the psyche of my kids.

“Aquí, pasando las de Caín” was my uncle’s response. I didn’t get it at first, had to ask him to repeat or explain. “Caín y Abel, de la Biblia,” he said with a quick ironic half-smile, momentarily looking right at me to ensure it registered properly. Oh … ohhh. The Spanish saying is meant to convey those having an especially hard time, reflecting the fate of Cain in Genesis:

With that look, real life trumped my unimaginative expectations. I felt what the two men traveling to Emmaus with Jesus experienced at the breaking of the bread, recognition. The moment before the look I would have told you that my uncle Ramiro was humble, funny, quick to laugh. His Caín reference and look changed the ‘was’ to an ‘is.’

With it another layer of sympathy. He and his brother lived through much. The death of their father at a young age, boarding schools operated by Salesians, a printing business partnership, an almost decade-long separation due to exile,  the physical and emotional separation from their two sisters due to political upheaval, age and illness being the last two major obstacles. A degree of good fortune is required to even get to the last two, where the ‘wandering’ meets the road. 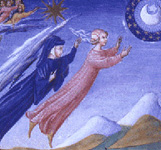 The families of these two brothers have watched it unfold with gratitude for the lives well led. Along with my belief that there will be more to their story. The rehabilitation facility is but a footnote, regardless of what happens there. I pray for their eventual reunion. At that I would be joyous, but unsurprised, imagination finally kicking in on a ‘real life’ subject.

Knowing my uncle, if I get to see him again in one of Dante’s sphere’s, the conversation’s opening is already scripted. I will be compelled to inquire, “como estas?” His response, barely getting the words out before we come together in laughter, “Aquí, pasando las de Gabriel.” 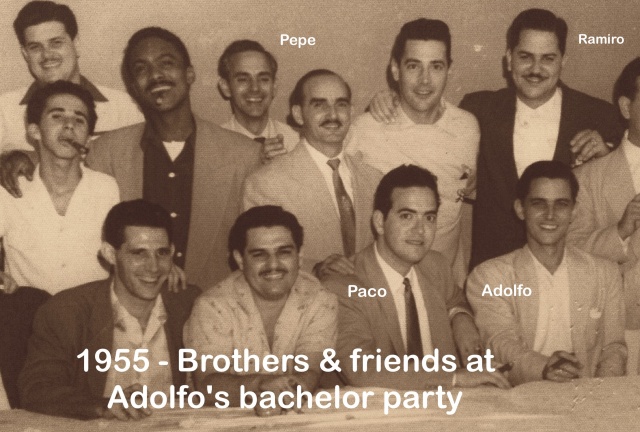 1 Response to Unlike Cain and Abel